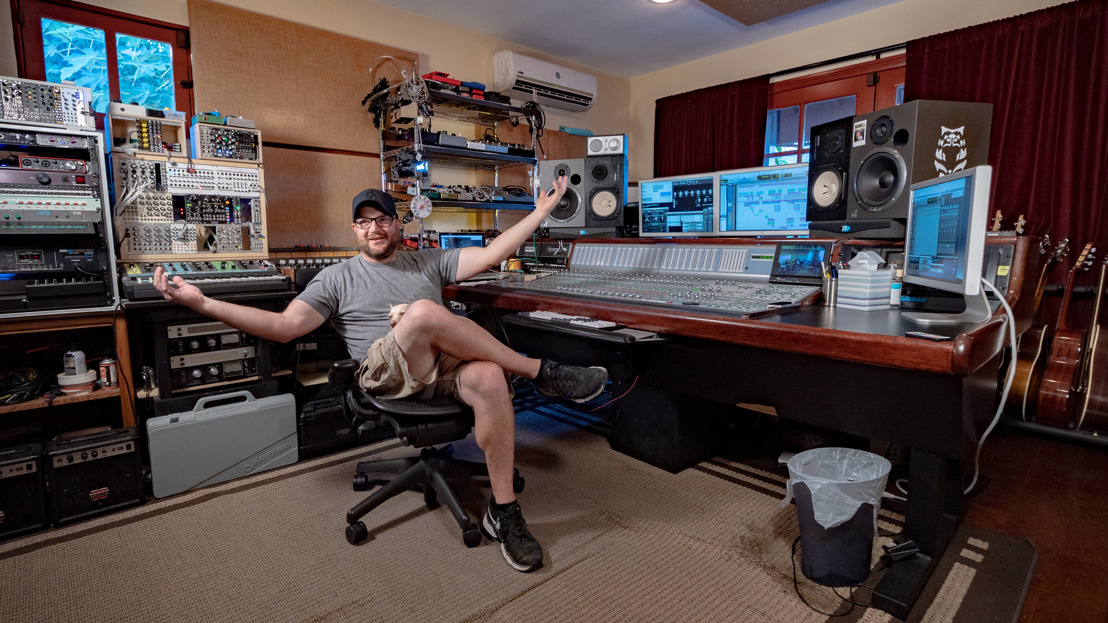 North Hollywood, CA, April 4, 2022 - From the earliest years of his career, Grammy-nominated engineer and producer Keith Armstrong worked in some of the biggest studios on the West Coast, for a time under the tutelage of mix luminary Chris Lord-Alge. “I got about four years of the golden age of big studios before the industry changed a lot,” he says. When he set out to build his own studio better suited to the direction the industry was headed, Armstrong leveraged not only his experience crafting pristine mixes but also his familiarity with a variety of studio gear to fill out his new space, Pietown Sound. “I use plug-ins but also a lot of outboard gear when I’m mixing,” he says. “It’s a full hybrid, and my studio is filled with stuff that I had been impressed with over the years working at different studios.” Through word of mouth, he was introduced to Polyverse plug-ins, and before long they became fixtures of his productions and mixes.

Space within reach
​For Amstrong, every piece of technology in his studio needs to have a clear role, plug-ins being no exception. “I’m really discriminating about the software that I use because I’m happy with everything that I have already,” he says. “To bring a new piece of software into my workflow it has to either do something that I can’t do yet or sound clearly better than something that I already have.” Polyverse’s Comet reverb met these criteria for him. “For pop music – where something like a vintage plate emulation is often too dense – I really needed a reverb that can sound like a thin mist,” he says. “I wanted something that’s airy and unobtrusive but still present, and that’s where Polyverse came to my rescue.”

Armstrong immediately found Comet intuitive to use, enabling him to quickly dial in the right reverb sound for any mix. “The GUI is really cool, and mirrors the sound of the reverb in that there’s a smoothness to it,” he says, noting the convenient arrays of knobs and sliders that allow full control of Comet from the main plug-in panel. “The Predelay control is really cool. I like how you can work in milliseconds or keep pushing the fader down into the quantized values.” The Hi and Lo Damp sliders and Color slider give Armstrong the control he needs to mold the reverb to suit a given piece of music. “Usually I’ll start by tweaking the Hi Damp and Lo Damp sliders, and if that doesn’t get me there then I’ll start working the Color fader to get it centered the way I want it. Then I’ll revisit and refine the dampening from there. It’s so easy to use and sounds so good that it has become my primary long vocal reverb on my pop template.”

Designed to be pushed
​As a producer who enjoys experimenting with unconventional sounds, Armstrong appreciates Comet’s ability to go from pristine to extreme with ease. “Comet is clearly built for sound design in addition to music, so making more extreme reverb sounds is still very much in its wheelhouse.” For Armstrong, that means that he can maintain a high level of control even as he pushes past the quotidian. “It can be fun to take a plug-in beyond what it’s really intended for and get a cool sound, but often that means when you get to that edge you have nowhere else to go and very little control. Comet was deliberately designed to do wild stuff, so when you’re doing something extreme you’re not at its absolute edge. That means you can still tweak it to actually sound good.”

Getting creative
​Armstrong also makes use of some of Polyverse’s other offerings, including the Gatekeeper gating and volume plug-in and the Manipulator granular pitch-shifting plug-in. “Gatekeeper is really cool,” he says. “It’s fast and usable like Comet. I’ve used it on a frozen reverb from Comet to create a rhythmic part, or even on guitar to double-down on a repetitive rhythm part and make it extra tight.” He notes that with Manipulator – a plug-in well capable of sonic extremes – he finds himself using its subtler side. “It’s great for modifying an instrument to sound slightly more sci-fi,” he says. “I like using it to create sounds that are familiar but also slightly alien.”

Amidst an ever-changing industry, Pietown Sound remains bustling, with Armstrong always looking for new tools and methods to create the best possible recordings he can. “One of the beauties of this career is that there’s a nearly endless wellspring of information and perspectives to take in and learn from,” he says. “There’s so many different avenues to making a successful sounding recording, so I try to stay open minded.” Recently that has meant leaning more into production than ever before. “This year is the first year that I’m doing more production than mixing,” he says. Polyverse plug-ins have found their way into much of his recent work, from major label artists – such as JORDY and Rosie Tucker – to more obscure passion projects. “I’m doing this avant-garde harmonica album with a friend of mine with the goal of making harmonica sound like something other than harmonica,” he says. “We’re doing stuff like sending a frozen reverb of a harmonica track from Comet into vocoder, then having the harmonica vocode itself. So Polyverse just keeps popping up over and over again in every type of music I make!”

To contact Keith Armstrong and for more about Pietown Sound, please visit pietownsound.com